Isotopes are elements with different numbers of neutrons in the nucleus but the same number of protons.

Looking at another example Lithium has many isotopes. It has a mass number of 6.941 which in most periodic tables is rounded up to 7. This is because Lithium has isotopes that range from having 0 neutrons up to 13 but they all have different abundances. The abundance of an isotopes is the percentage of that isotope in existence. 92% of all lithium in the known universe is Lithium 7 - having 3 protons and 4 neutrons.

The relative atomic mass of an element takes into account all its naturally occurring isotopes when compared to 1/12th the mass of carbon 12. It can be mathematically calculated using the formula below.

If we look at the example of chlorine the equation would consider the abundance as a percent of the isotope mass. For Cl 35 there is 75% and for Cl 37 there is 25% so if we put this into our equation

This gives a relative atomic mass of 35.5 as found in the periodic table. 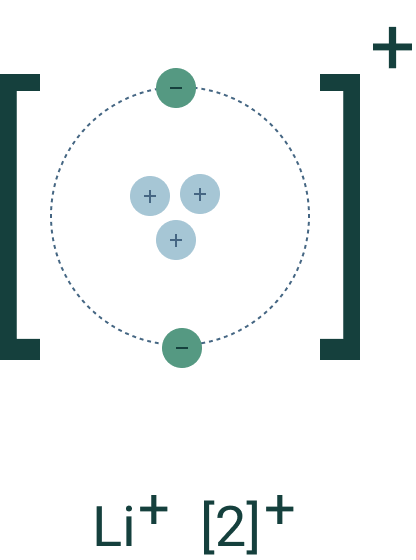